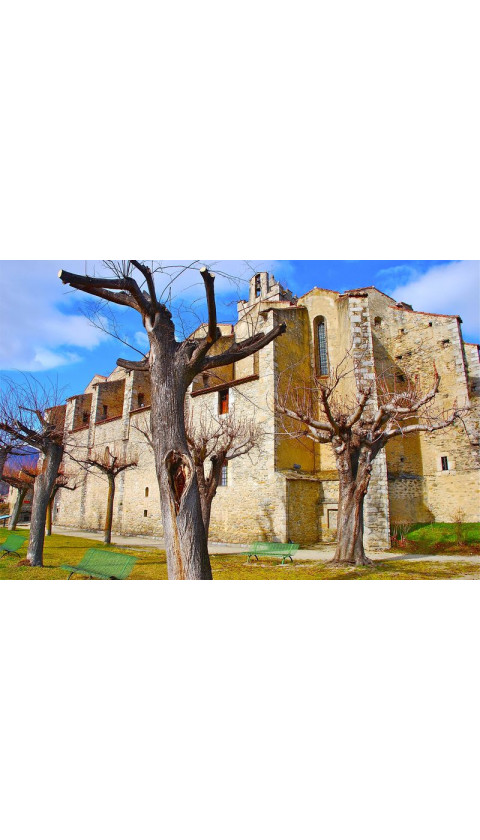 By buying this product you can collect up to 1 point. Your cart will total 1 point that can be converted into a voucher of €0.20.

Digital map + Travel notebook in pdf format
The republican exile at the end of the Spanish Civil War and the Jewish exodus during World War II are the main thread of this cross-border circular trekking.
They are 60 km of half a mountain that follow the paths used by the Republican exiles (1939) and the Jews fleeing from Nazi barbarism (1940-1945) and where the author (Carlos Treviño) tries to convey the sufferings of all these people.
The guide, written in five languages ​​(Catalan, Spanish, French, English and German), describes the 6 stages of the tour and 5 recommended excursions.
It also includes the testimonies of people who lived through these unfortunate events.
It should be noted the cover photo of the guide where you can see how Republicans arrive at the gates of Prats de Molló and the cover photo of the map, taken from the same point of view today.
The 1: 25,000 scale map incorporates the route and the endpoints of the recommended excursions.
It also includes the Great Tours and Small Tours of the area, making it an exceptional tool to discover this territory.
Track: http://goo.gl/rI8wIC
http://www.caminsdelexili.com
No reviews
Tap to zoom